About two weeks ago the BV (Bon Viveur, alias my husband) informed me after his morning walk around the garden that rose ‘Ferdinand Pichard’ looked exactly the same as ‘Rosa Mundi’ (also known as Rosa gallica ‘Versicolor’). They are streets apart in looks and history, but it got me thinking.

So here’s the Fair Rosamund (‘Rosa Mundi’, reputedly named after the mistress of Henry II of England). I think I’d like to research more of the many legends surrounding this, one of our oldest garden roses. 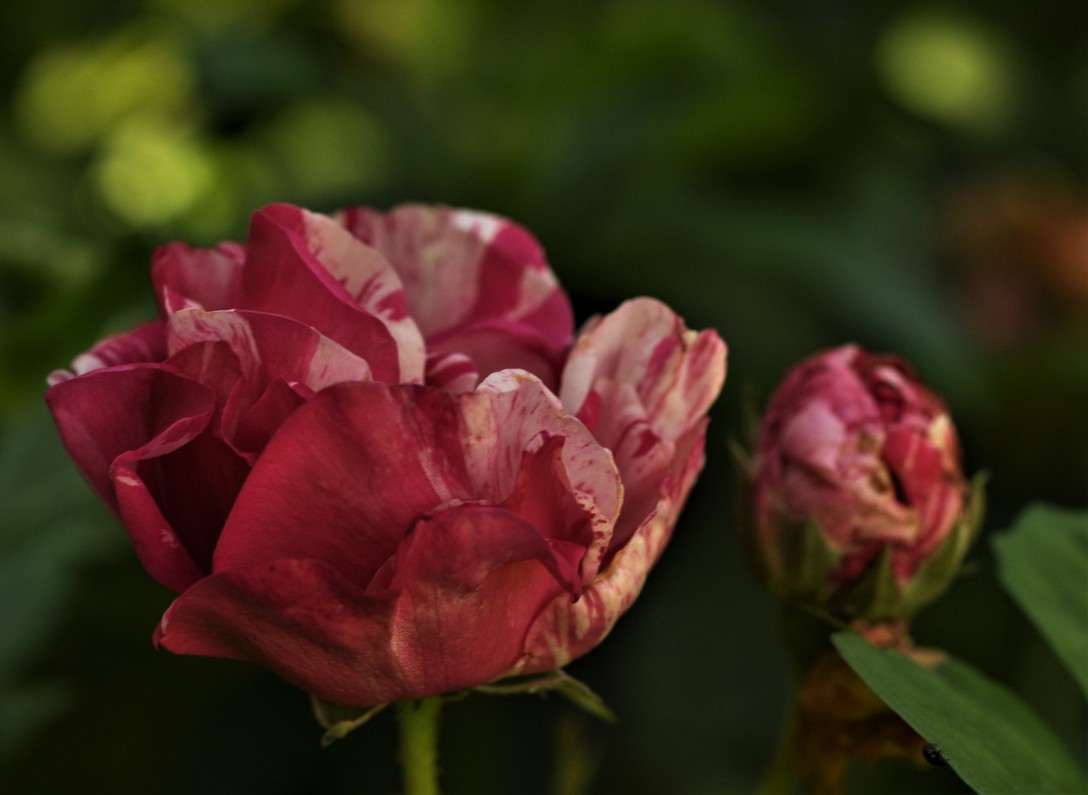 She dates from the 12th century, or even earlier, is semi-double and a sport from Rosa gallica, the ‘Apothecary’s rose’, native to southern Europe. Prefers lighter soils and happy in dry conditions. At Kiftsgate garden it is grown as a hedge, but some of their hedging has reverted to the true strong pinky-red of Rosa gallica. To my eye Rosa Mundi’s  ‘ground’ is really quite a pale pinkish-white colour, with the overlaying cerise splashes. She flowers only once, like most of the older roses. The BV needs to look at at the doubleness of flowers more. That’s the real difference.

‘Ferdinand Pichard’, on the other hand, is fully double and repeat-flowering – he’s a Hybrid Perpetual, so one of the newer roses produced by breeding the repeat-flowering Bourbon roses (from the Isle de la Réunion) with old roses. Introduced in 1910.

I think his ground is pinker than ‘Rosa Mundi’, but sometimes even looking tan in the morning light. Same strongly fuschia-pink stripes. You can certainly see how double the flower is.

A flower-arranger’s dream, really. I first encountered him when I worked for Southwark Parks Department. The two flower arrangers who sorted out wedding flowers (Registry Office), the flowers for the deceased at the crematorium and library pot plants – those were the days! – were obsessed with M. Pichard. 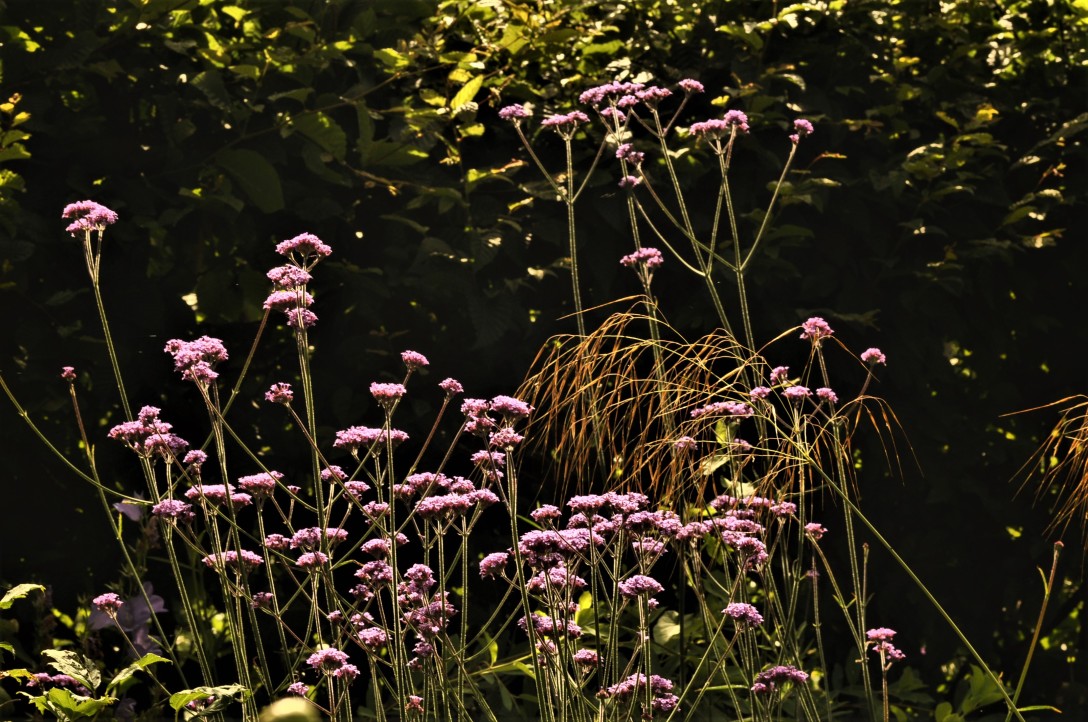 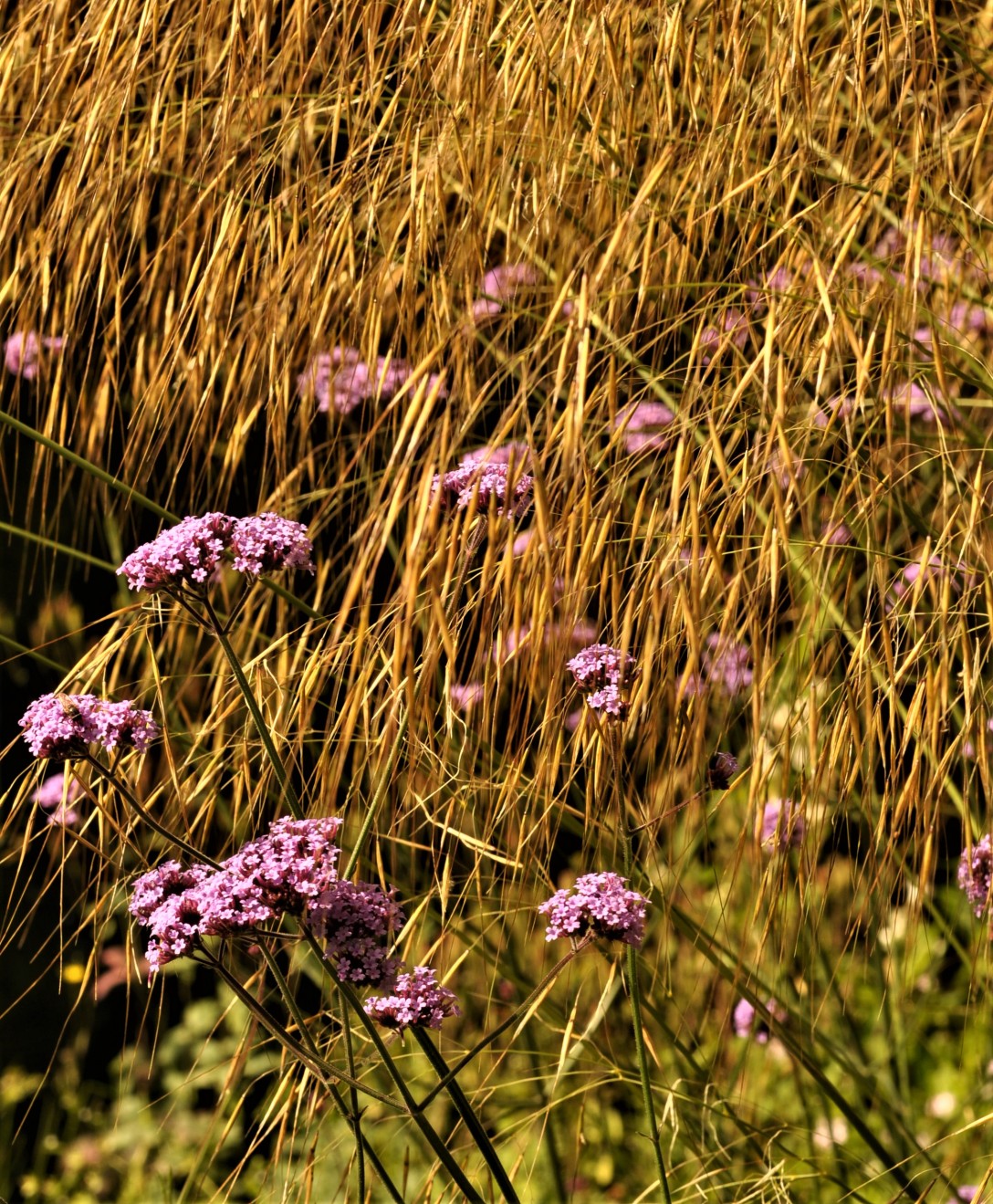 Knautia macedonica runs crazy down there – don’t know (or want to know) how to control it. 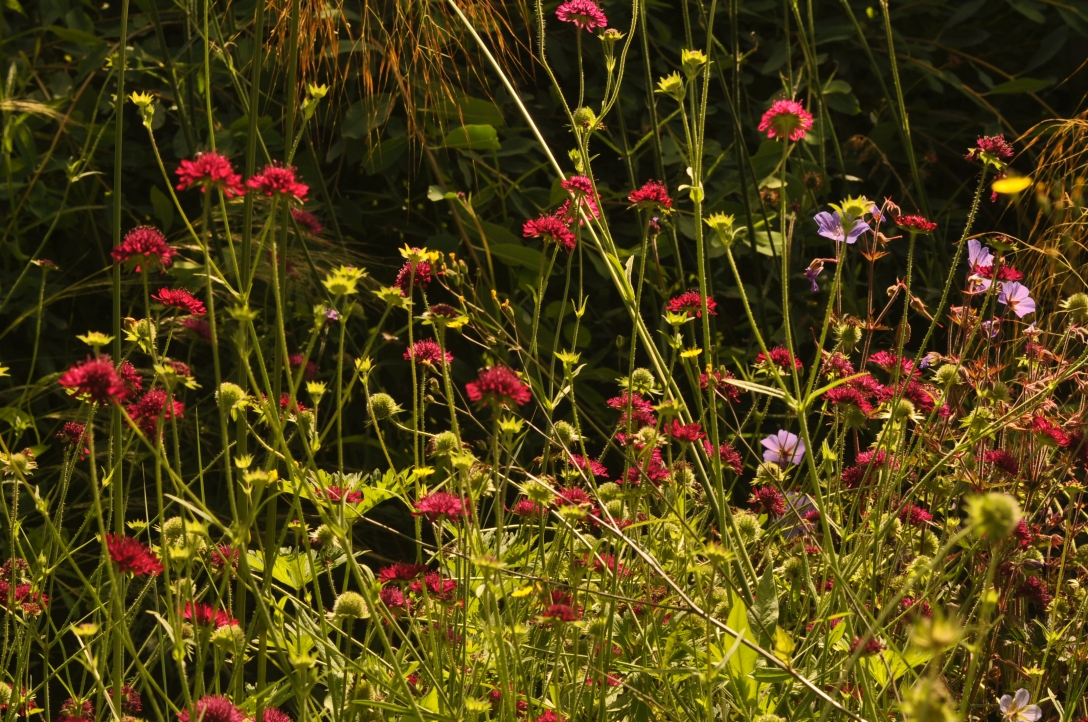 And another rose – which I maligned in a previous post for its ‘harsh’ colour – is doing a lot of nice stuff in the Rose Walk after the old roses have finished.

‘William Shakespeare’ is a David Austin rose. Since ‘Munstead Wood’ (also an Austin, and  with whom I compared ‘oor Willie’ negatively) is taking a rest, he’s come into his own.

Have a wonderful gardening week, wherever you are and stay safe. We are doing ok in France!

4 thoughts on “A tale of two roses”