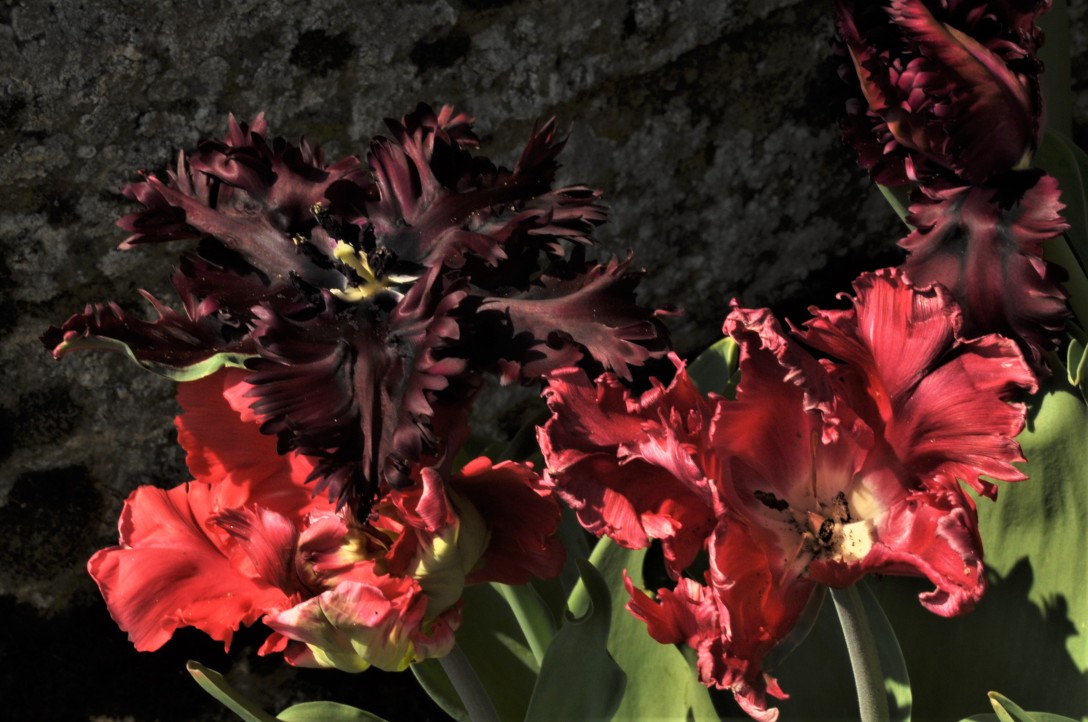 The garden is starting to look distressed. At 26 days without rain (with quite high daytime temperatures), I think this is the first time in my twelve years in France that I’ve experienced April drought like this.

Yesterday the BV found an old Vichy regime 2 franc coin in the garden (apparently now worth about $3 dollars, so we’ve not accidentally made our fortunes!). We are in Alsace-Lorraine, which was occupied by the Germans, so not officially part of Vichy France.

They were made of aluminium (very light) and the legend reads, ‘work, family, country’, instead of ‘liberty, equality, fraternity’. Twenty francs were equal to 1 Reichsmark.

The reverse of the coin shows two symbols: a double-headed hatchet and a baton, arranged to look like the Italian fascist symbol, the ‘fasces’.